Called T3 Bayside, the 10-storey office complex is proposed for property near Lake Ontario in the Canadian city.

The T3 Bayside proposal comprises two large volumes designed to rise to 42 metres tall at their highest point. If completed, it is set to become the “tallest timber office building” in North America, according to 3XN. 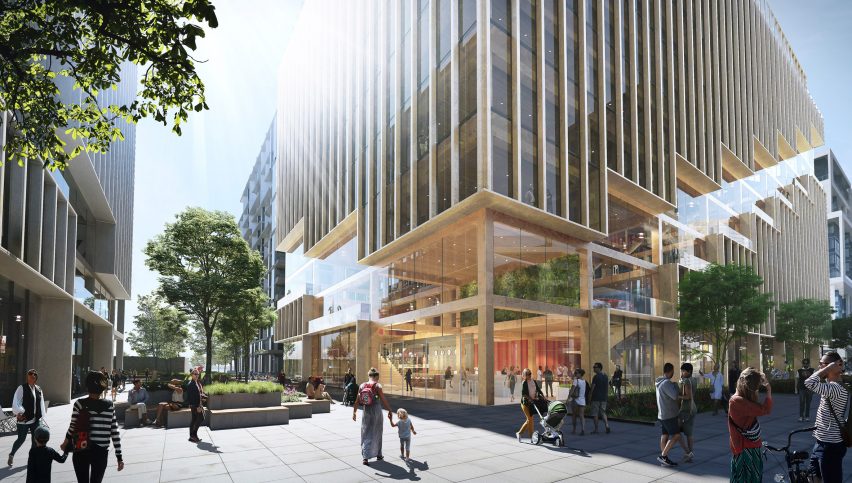 The firm has chosen cross-laminated timber, commonly referred to as CLT, for the project, with thousands of timber boards left exposed across the facades.

CLT is an engineered wood formed of laminated timber sections to make it particularly strong. It was selected by the architecture firm for this property, as well as its low environmental and climate impact, following a recent trend for the material.

“The use of timber contributes to the sustainability of the building, both reducing construction time and allowing the building’s elements to be easily disassembled and re-used for other purposes,” said 3XN in a project statement. 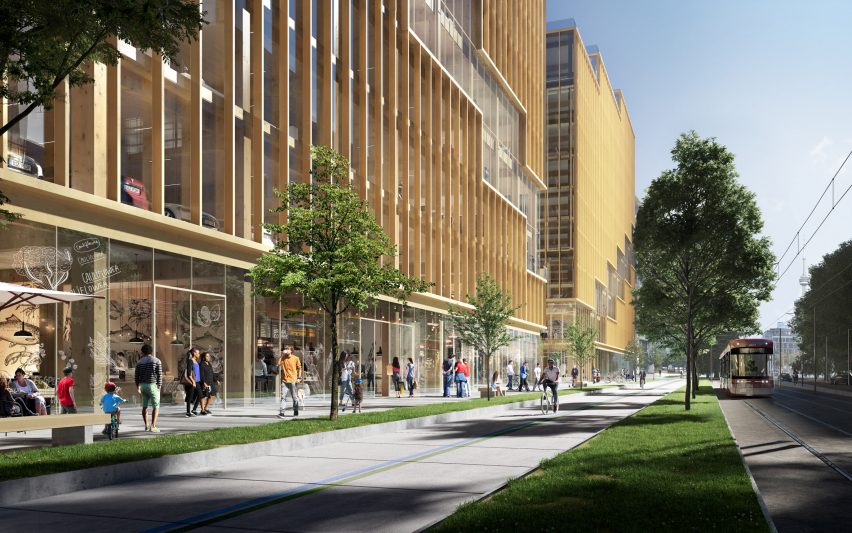 “The use of wood, a breathable and absorbent material that allows the release of moisture, ensures a naturally regulated and healthy indoor environment,” the firm said.

Renderings of T3 Bayside show that each structure would be topped by staggered roof terraces that step down towards the middle to create a mirrored image.

Matching this formation is a series of diagonal cuts in the middle of the structures, which appear to mark out communal areas inside the buildings.

Another key feature of the scheme is the proposal for a large plaza to link the two buildings. This is designed to be lined in corner lobbies, retail and cafe spaces. Also within the plaza will be shared spaces for exhibitions and galleries.

“The building creates a continuously activated ground level, with abundant retail opportunities available on all sides,” the studio said.  “Equal parts urban market, social space, and landscape, the new plaza is the public heart of the T3 Bayside project.”

Timber materiality defines the interiors of the office project as well, which includes varied double- and single-height spaces for a mix of co-working and community spaces. 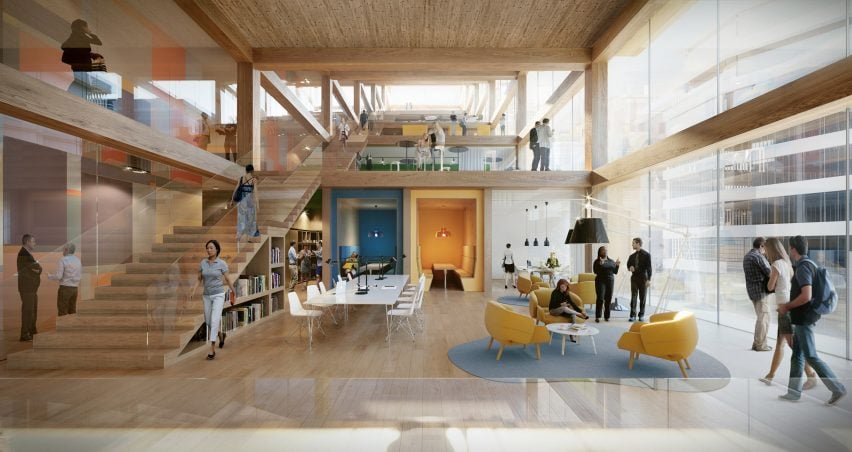 “With T3 Bayside, we created flexible office spaces that can meet the requirements of a diverse group of tenants, both at the moment and in the foreseeable future,” said Kim Herforth Nielsen, 3XN founder and creative director.

Many wooden buildings have been proposed for Canada recently, making the most of the country’s readily available resource.

“Canada, with its great forests, seems a natural place to build the tallest timber office building in North America,” said Jens Holm, partner in charge of 3XN North America and head of design for the T3 project.

A number of architects have favoured CLT over concrete and steel in recent years, due to its sustainability, quality and speed of construction.

Other timber projects reaching great heights around the world are Mjøstårnet by Voll Arkitekter in Brumunddal, Norway, which is the world’s tallest wooden building, as verified by the Council on Tall Buildings and Urban Habitat. 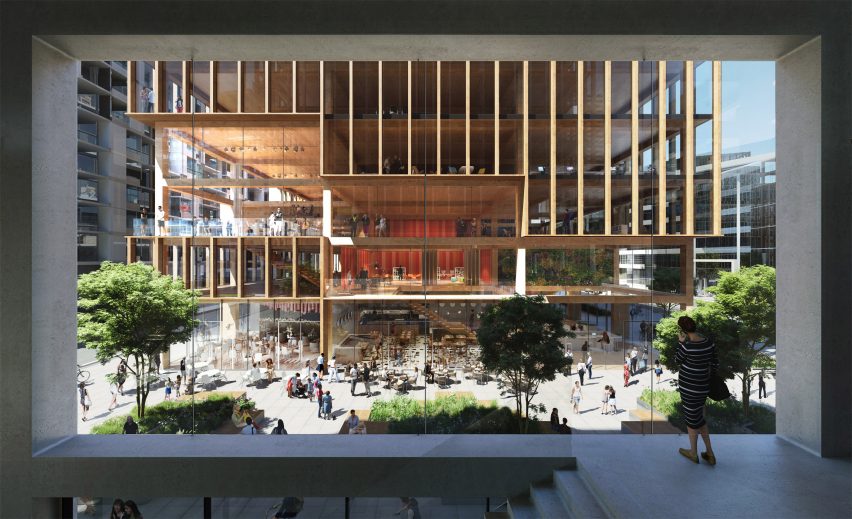 Developed by real estate firm Hines, the office complex forms part of a 2,000-acre (809-hectare) revitalisation initiative to transform Toronto’s waterfront. T3 Bayside would be the first office building in the parcel, and would join residential buildings by 3XN.