BIG has revealed the design details of eight penthouses that will top its “boxilated” Toronto housing complex complete with private greenhouses, tea rooms and Nordic-inspired details.

The new set of renders round out the details for the mixed-use King complex in the Canadian city, which BIG has designed for developers Allied and Westbank. It was revealed in 2016, and gained zoning approval in 2018.

The images reveal the interiors of penthouses inside the building, as well as additional facade details that include glass bricks, greenhouse units and flat-roofed volumes, all covered in plants.

Ingels describes King as a “boxilated landscape” and has nicknamed it Habitat 2.0 as a reference to Moshe Safdie’s cubed complex Habitat 67 in Montreal. Other portions of the complex are evocative of Pierre Chareau’s modernist Maison de Verre in Paris. The glazed construction is chosen as a response to the area’s red brick buildings along the strip of King West. 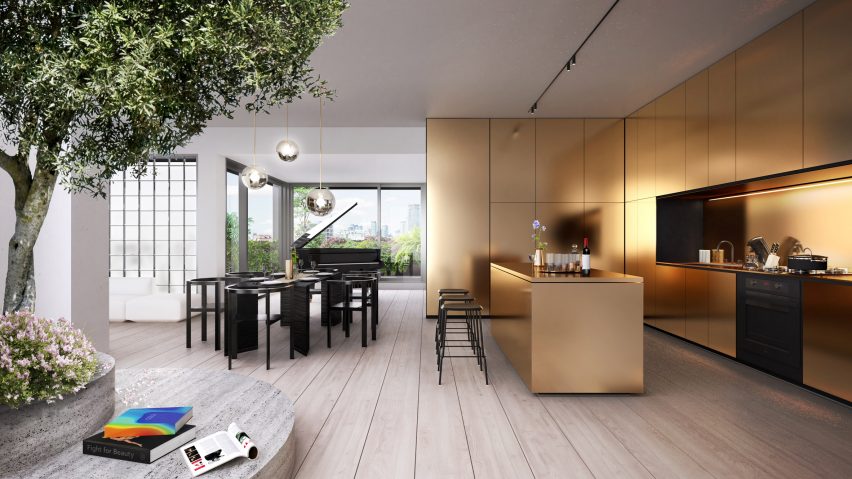 “We wanted to have a dialogue with local materials,” BIG’s founder Bjarke Ingels said. “We tried all kinds of brick – red brick, yellow brick, black brick – and finally ended up with glass brick.”

“This translucency as well as the vegetation that will grow on exterior walls and terraces make the project porous to its surroundings,” he said. “And the building’s pixelation fed into the myriad floor plans that make up the interior compositions.” 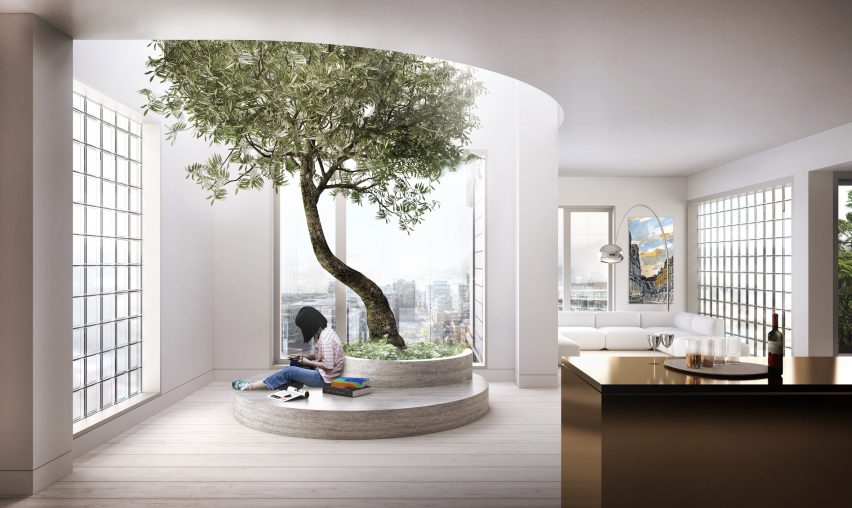 The firm categorises King as a gesamtkunstwerk, a German term referencing the “holistic merging of architecture and art, of form, function and detail”. Following in this are eight Mountaintop Penthouses –  two on its north, south, east and west sides – that are called La Bibliothèque, The Treehouse, The Greenhouse and The Teahouse.

“It’s very important, this holistic view of the project – the ability to coordinate and ‘masterise’ everything, from the architecture to the details,” Francesca Portesine, director of interiors at BIG, who designed the penthouses. 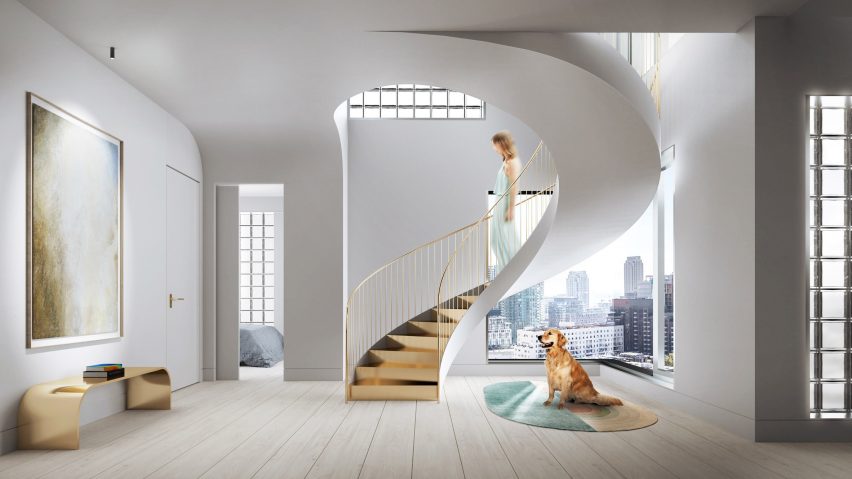 Portesine’s design assigns different aesthetics for the north, south, east and west properties. The northern properties are intended to be industrial as a reference to the style of the city’s existing properties on this side of the building.

The southern penthouses are intended to make the most of natural light, with large expanses of glass and plenty of greenery, as well as their own teahouse and private greenhouses. 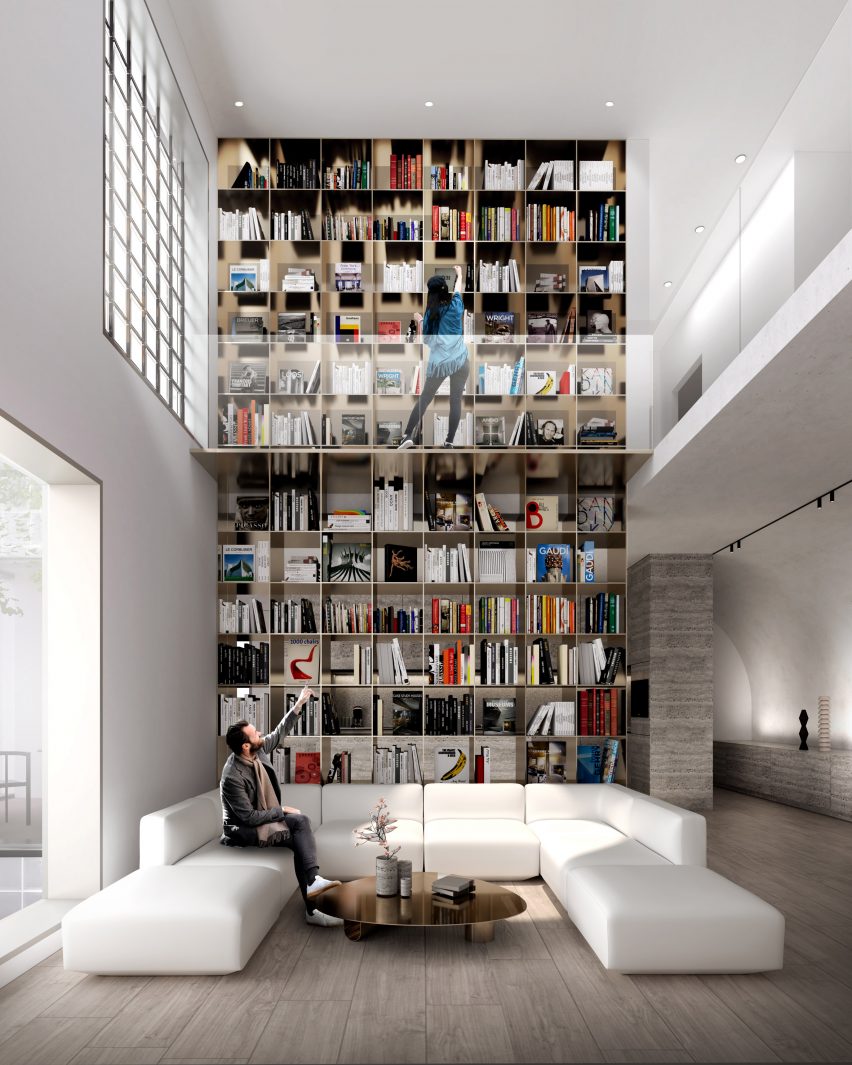 Features of the West penthouses include a spiral staircase, an arched wine cellar, a double-height bookshelf and a sumac tree growing inside. The decor of the east, meanwhile, is inspired by modernist Scandinavian architecture, particularly that of Alvar Aalto and Eero Saarinen. They are intended to have a “theme of warmth” and be “calming, modern spaces”.

Cabinetry in the units comes in three wood options, in addition to a corrugated textured glass with a mirrored backing. Flooring comes in a range of wood and terrazzo tiles with rhomboid shapes, resembling the project in a flattened form. Furniture is designed by B&B Italia in collaboration with BIG and Westbank. 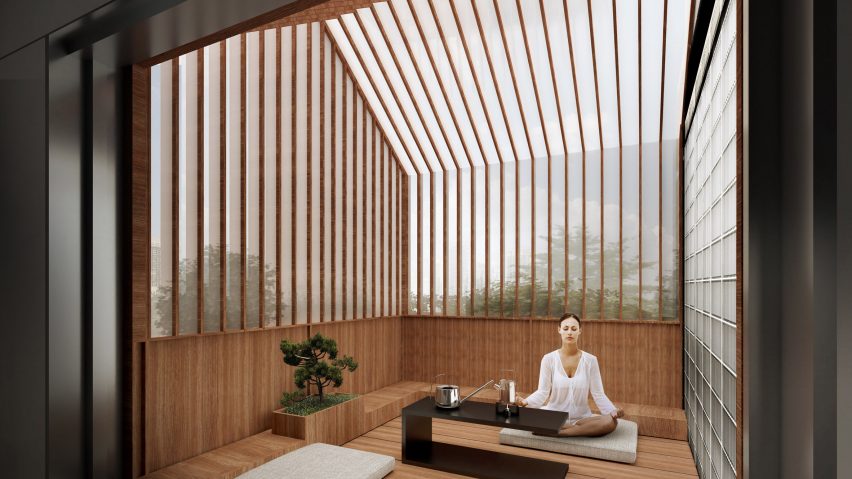 BIG also teamed up with Artemide for all of the unit’s dining rooms, with claims that they improve the life of plants and residents alike. BIG’s landscape department worked closely on the project to develop expertise in plant life, which involved studies in light exposure and soil retention. All of the penthouses will have access to plant-covered terrace. 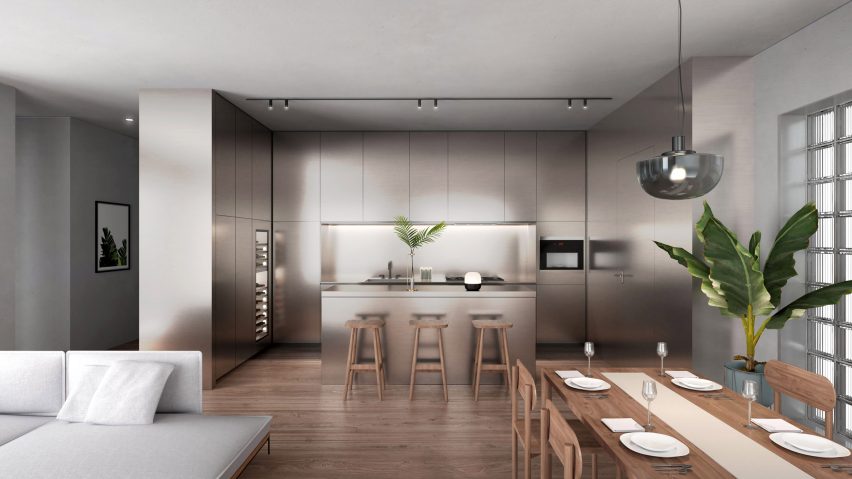 Corrugated concrete panels will feature on elevators in the lobby, and the building’s pool will be made of graphite and basalt, taking cues from Nordic design. The complex will also include cafes, shops and restaurants at its ground level.

A courtyard will be designed by Public Works, the studio behind Toronto’s park project The Bentway. 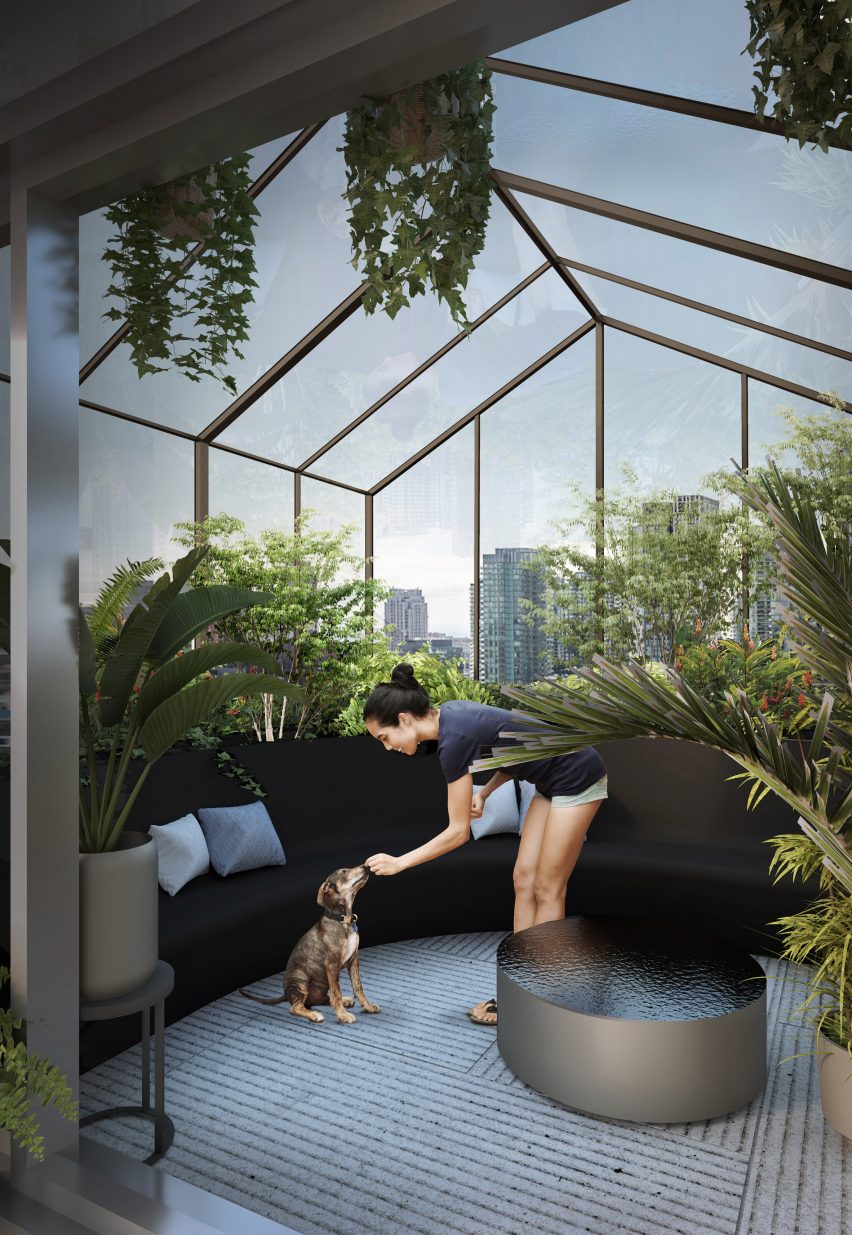 King joins a wave of building developments in Toronto, including The Bentway park and plans for a Sidewalk Lab neighbourhood.

Five of the best Toronto home interiors on Dezeen

We select five of the city’s best home interiors from the pages of Dezeen. Junction…

Canadian firm Mason Studio has designed this hotel in Toronto to feature an abundance of local flavour, including decorative…