The Shelter Bus is the first of its kind in Canada, organizers say.

TORONTO — A former coach bus destined for the scrapyard has been transformed into a shelter on wheels for some of Toronto’s most vulnerable.

Humanity First launched the Shelter Bus on Tuesday — the first of its kind in Canada, organizers said. The non-profit has been working to alleviate poverty and respond to natural disasters around the world since 1995.

For the next three months, the Shelter Bus will travel through downtown every night, with volunteers on board to offer up to 20 homeless people a place to sleep, warm up, watch movies and grab a hot meal, hygiene kit or water.When Naeem Farooqui, who works in the transit industry and is a volunteer at Humanity First, realized coach buses are routinely sold for their scrap metal at the end of their commercial life, he saw an opportunity to repurpose them “for a greater social good,” he told HuffPost Canada. 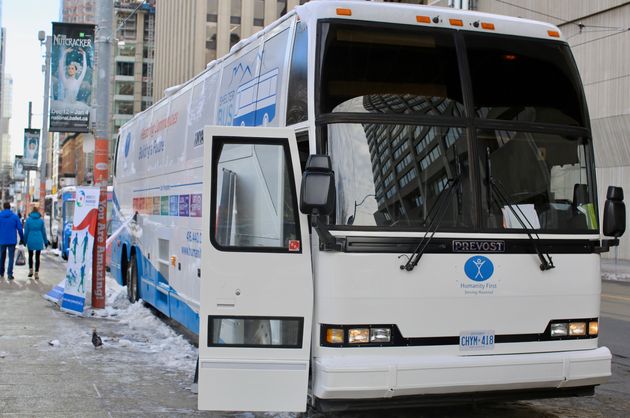 Toronto’s shelter system is notoriously full during the winter; users say they become loud and unsafe, without enough beds or places to lock up belongings. Last January, some Torontonians set up tents under the Gardiner Expressway to avoid staying in a shelter but were forced to leave by the city.

As of Monday, Toronto’s shelters were 93 per cent full and shelters specifically for families were at capacity, according to the city. It recently announced it will add 500 beds to the system this winter, opening them by the end of January.

Humanity First raised about $10,000 to buy a bus in Quebec City — most recently used to transport hockey teams — and refurbish it, adding a lounge and couches that convert to bunk beds. It’s also looking to bring a nurse on board a few nights a week for public health outreach. 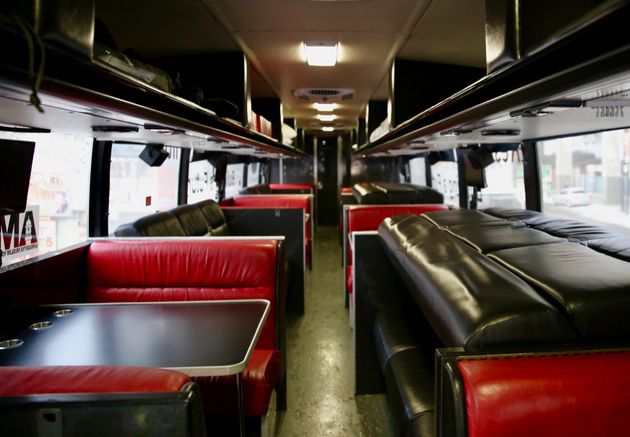 Unlike traditional shelters, Humanity First’s approach is flexible, Farooqui said. It doesn’t need to worry about zoning issues or permanent infrastructure; it will be allowed to park at locations around the city. The route will change depending on where people need help the most.

Farooqui is already looking to expand the program to North Bay, Ont. and Calgary. “Next year we’re going to have three running,” he said.

In addition to a paid driver, the bus will be run by volunteers from the Ahmadiyya Muslim Youth Association, which works across Canada to improve social welfare.

Safwan Choudhry, a spokesperson for the association, told reporters Tuesday that he was recently asked how Shelter Bus volunteers would find people who need help.

“Sadly, in the city of Toronto, you don’t have to look very hard,” he said. “Our shelter crisis is nothing new.”