We select five of the city’s best home interiors from the pages of Dezeen. 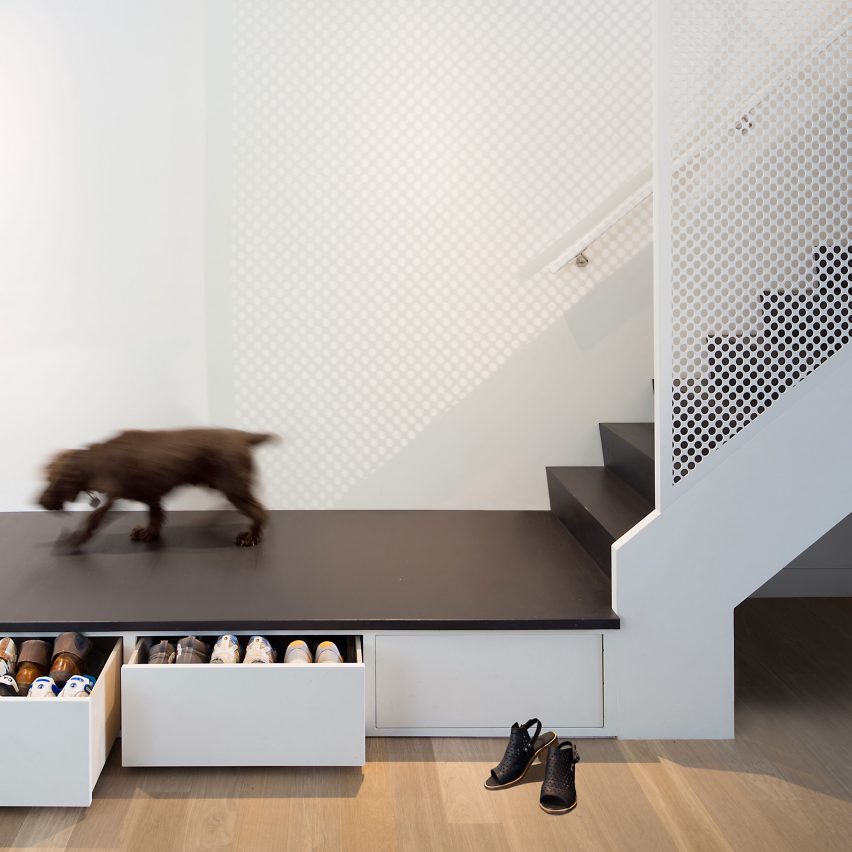 A black staircase lined with perforated white walls zig-zags up through this renovated city dwelling by Canadian studio Post Architecture.

The home also features other interplays between light and dark. “The finishes reflect the idea of shade, with a palette of whites, blacks and greys – and occasionally a pop of colour,” said the firm. 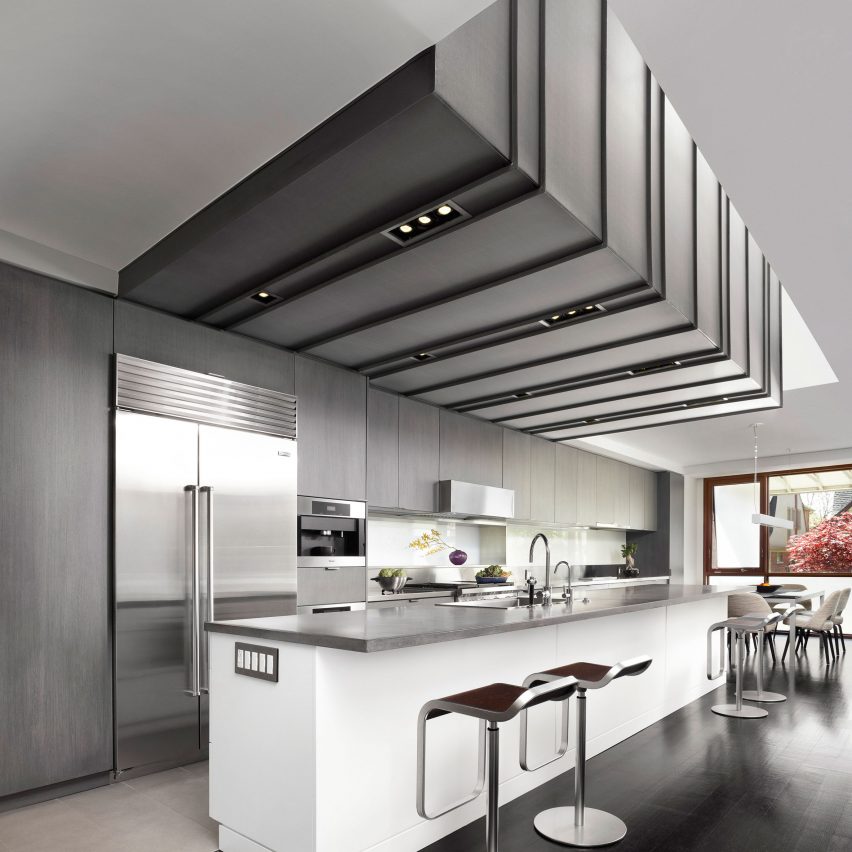 The daylight not only helps illuminate the home, but also animates a zinc ceiling installation suspended above the kitchen. 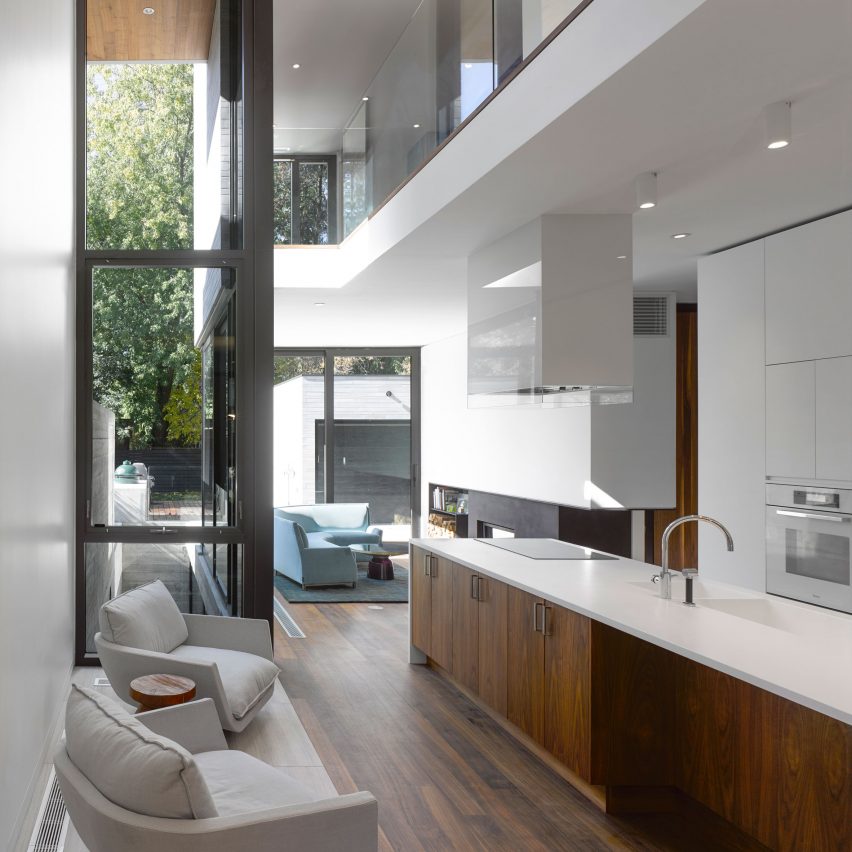 A lightwell added during the renovation of this 1920s home is bordered by a concrete wall with timber formwork, which echoes the texture of the exterior limestone cladding.

It allowed Drew Mandel Architects to get around fire regulations that restrict the number of windows allowed at the side of a house. 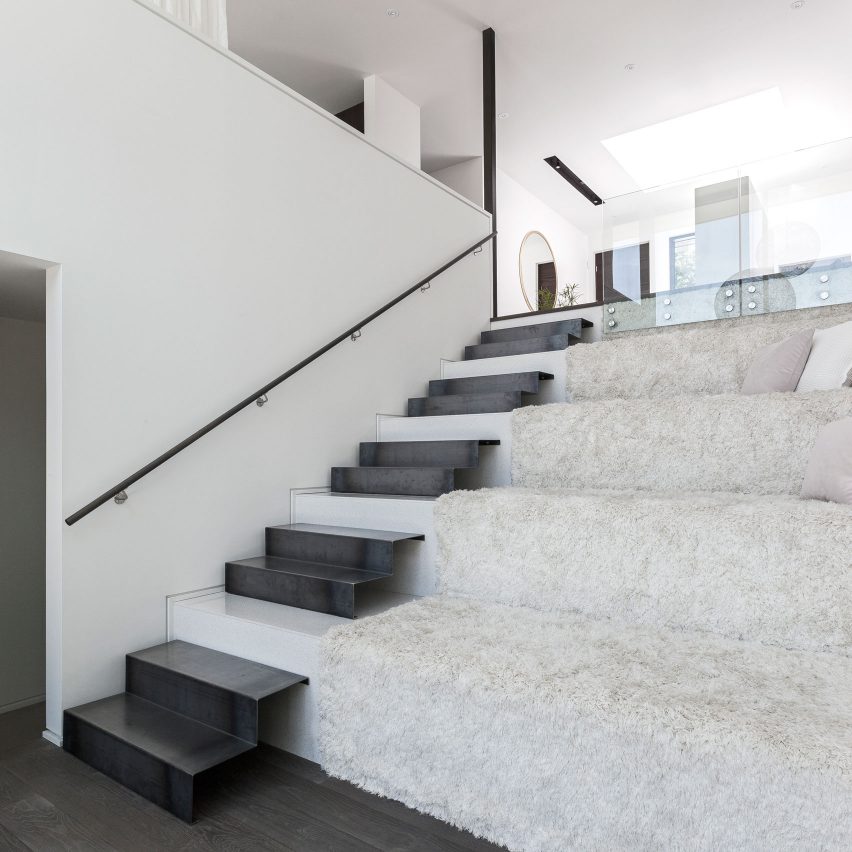 Toronto studio RZLBD designed this two-bedroom house with a corridor that runs down the centre – splitting the building into halves that vary greatly in style.

They are connected by a stepped auditorium-style gathering space, covered in cream shag-pile carpet. 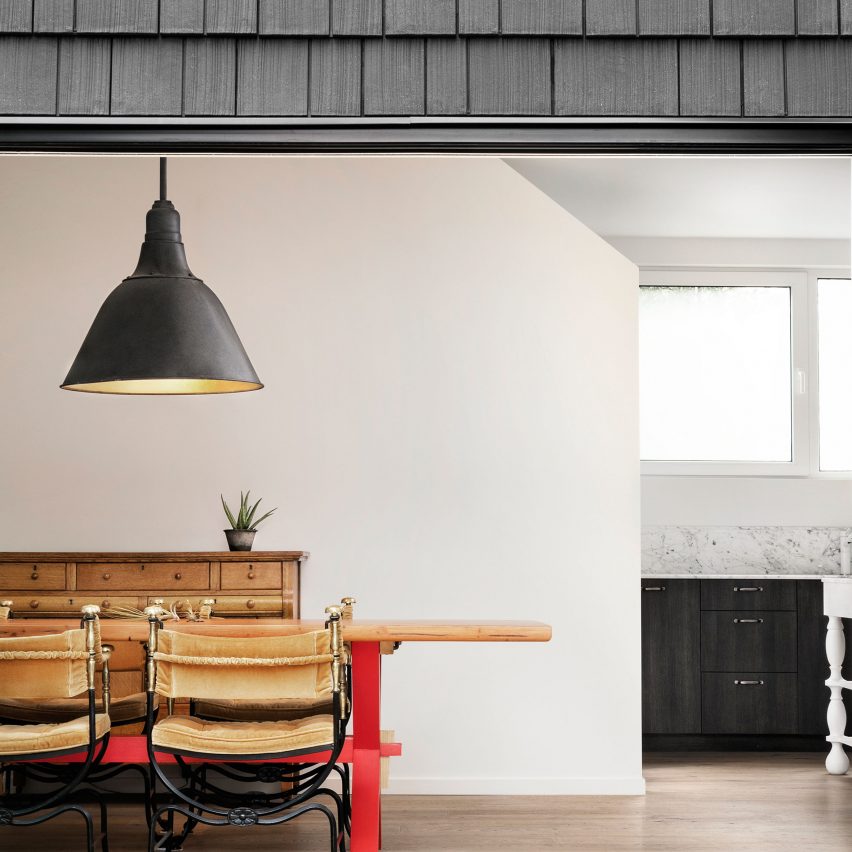 Designers Reigo & Bauer sought to highlight the eclectic furniture and art owned by the residents of this new house, which is entered through a bright pink doorway.

The interiors are mostly white, and their effects bring personality to the space.