Canadian firm Mason Studio has designed this hotel in Toronto to feature an abundance of local flavour, including decorative archways and a nod to the city’s famous albino squirrels. 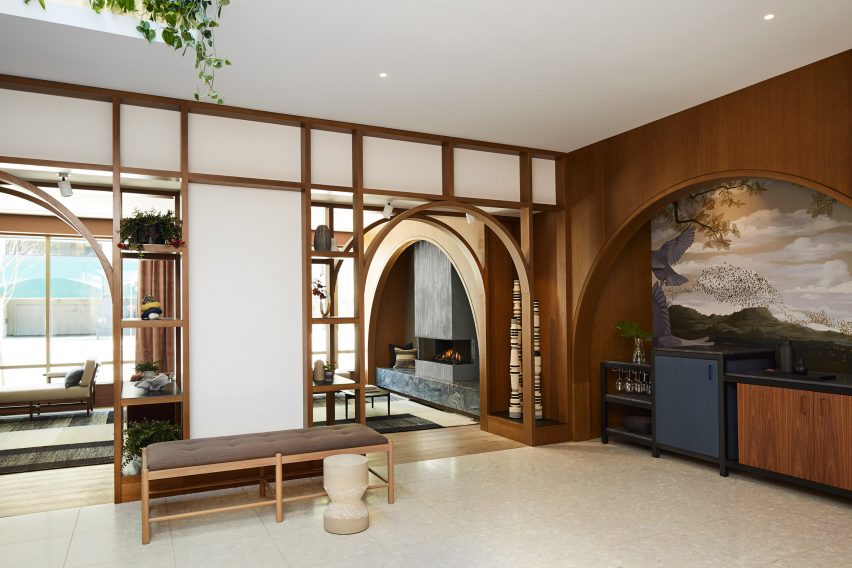 Located within a former Holiday Inn in the city’s trendy Annex neighbourhood, the 188-room property marks the first outpost of the Kimpton hotel branch in Canada. 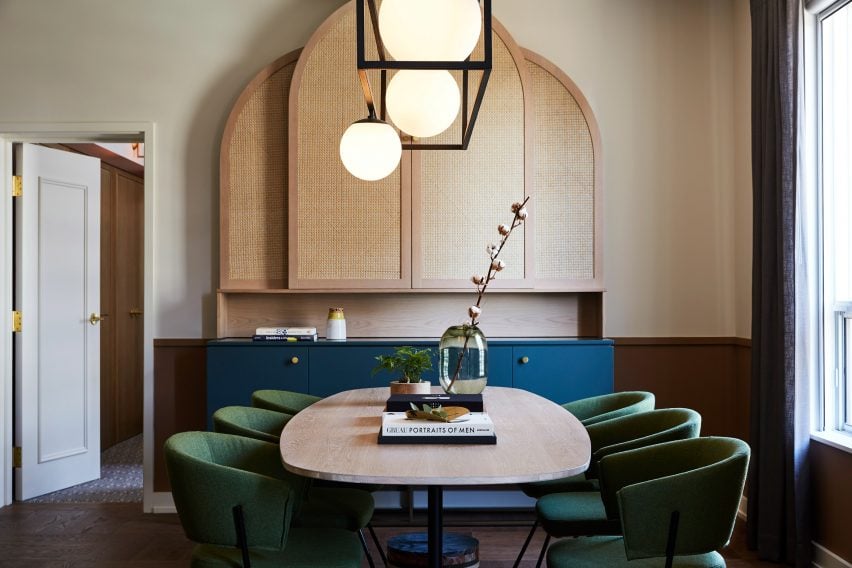 The lobby strikes a balance between the Annex’s bohemian spirit and the affluence of greater Yorkville with its display of craftsmanship. 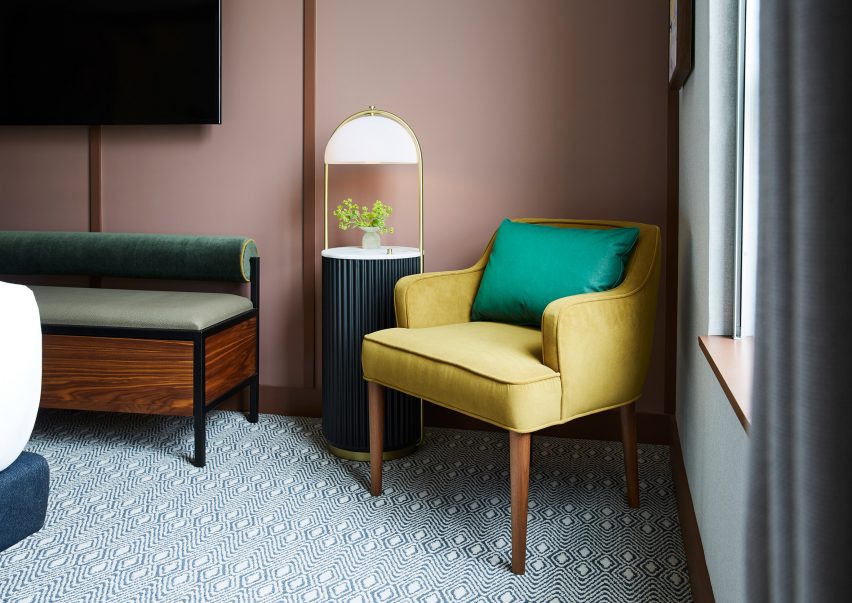 Numerous millwork arches are intended to “visually guide guests throughout the space, while paying homage to Toronto’s diverse architectural style and eras”. 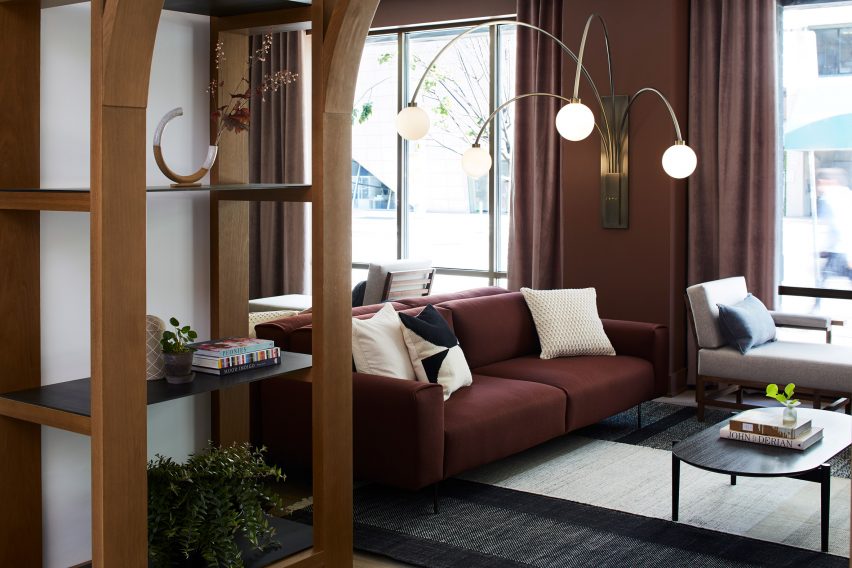 A bright 100-square-metre meeting space called the Peregrine Room, meanwhile, contrasts the moody tones of the lobby lounge to “reinforce the concept of distinct neighbourhoods within the city.” 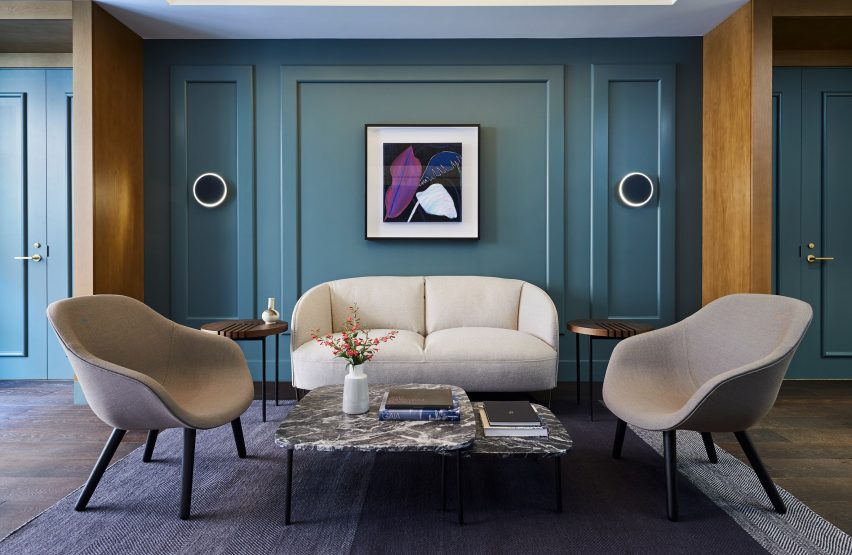 The apartment-like guest rooms continue to relay the story of Torontonian culture and design with bespoke furniture, many of which are curved or rounded, record players with Canadian vinyl, and locally-crafted decorative objects.

Inside each of the room’s oak-and-rattan armoires is a white resin squirrel figurine by art duo Greatbeard – a playful nod to the city’s famous albino squirrels. 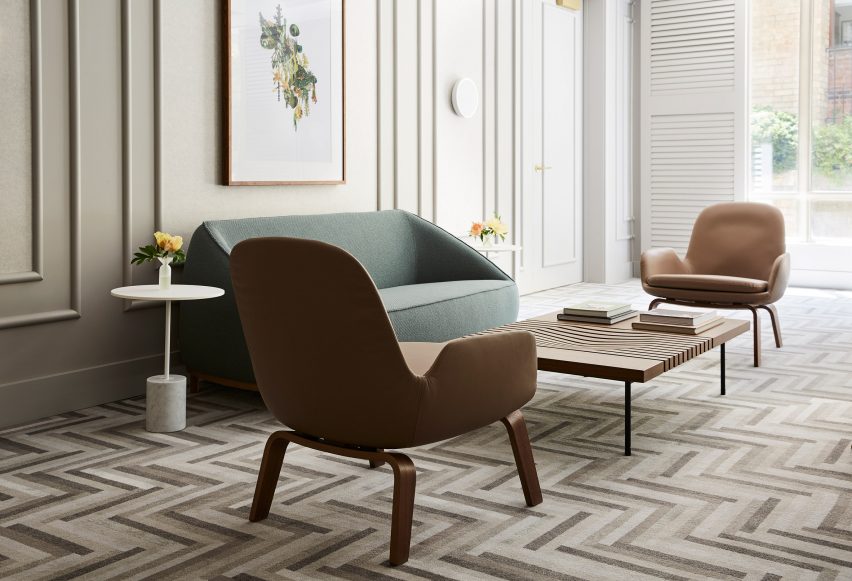 Among a sea of beige are accents of greens, blues, golds, are greys that reflect Canada’s vast expanses of untouched nature. Vintage black-and-white photographs from a couple’s vacation to Toronto appear at each guest entry – a reference to the city’s post-war history. 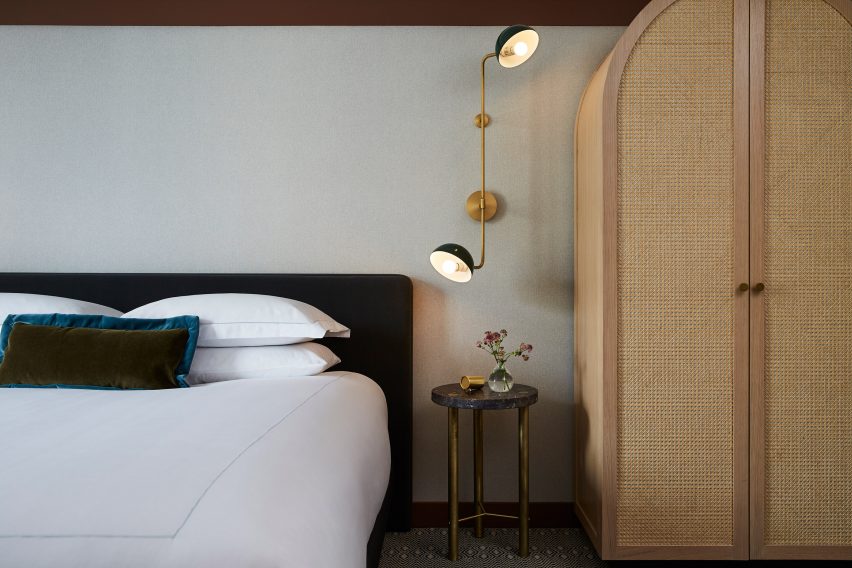 The main entrance features a black wood awning punctuated with pin-like lights spelling ‘Kimpton’ in Braille lettering, which takes cues from the once-omnipresent marquee signs throughout the district.

Toronto-based group Art and Objects Inc. aided in internalising the Annex’s eclectic character by curating locally-produced art in the guest rooms, as well as an ethereal hand-painted landscape that backdrops the marble reception desk. 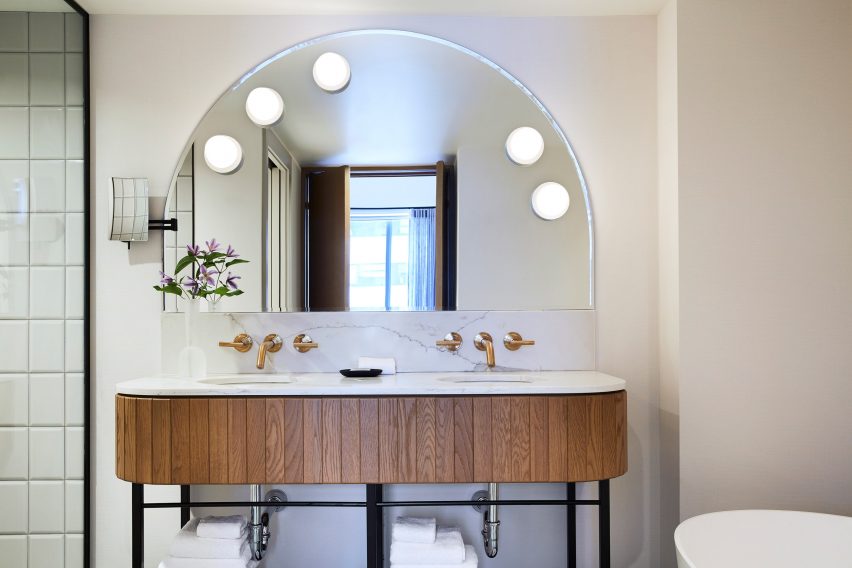 Additional features of the property is the 10-storey geometric owl that Mason Studio commissioned prolific street artist Birdo to paint on the west facade of the building.

The Kimpton Saint George joins a number of boutique accommodation that has recently opened in Toronto.